Each UN document has a unique symbol located in the top right corner of the page: 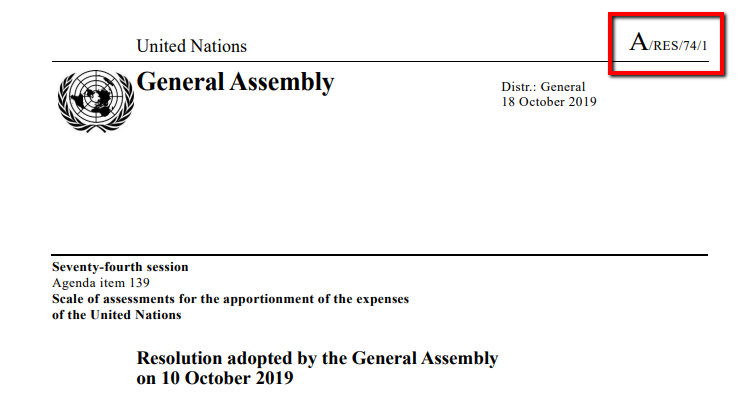 This symbol identifies the UN organ or body that issued the document, the document type, year, and other information.

See the UN's Dag Hammarskjöld Library online tutorial, How to Find UN Documents, for tips on searching UN documents by document symbol and for more information.