Introduction to Federal Statutes and Code

Annotated codes are a compilation of statutes, organized by subject, that are currently in force. In addition to the statutory text, annotated codes will contain cross-references to other code sections, secondary materials, and "notes of decisions" (summaries of cases which have interpreted the statute). The code section will also include historical notes, which offer a legislative history of the statute (the session law which first enacted it and any subsequent legislative modifications). 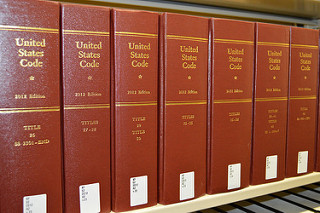 For federal statutes, we have three major publishers:

According to Bluebook Rule 12, you must cite to the official code when possible.  If a code section has been modified,  you may need to cite to other sources if the modification does not  yet appear in the official code.

Prior to codification, federal statutes are published in two forms: 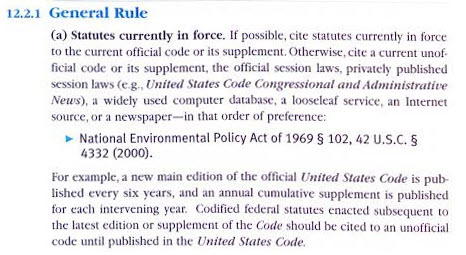 According to Bluebook Rule 12.2.1, if a statute has not yet been codified you must following this order when citing to alternative sources: